Some souls have escaped hell and turned up in randomly generated levels. It is up to you, the Grim Reaper, to send them back.

The art style is really good.  The background complimented the platforms very well and there was a pretty cohesive theme throughout.  I think there's supposed to be an end to the level, but I guess I kept dying before I could get there.  The character movements were quite finicky in that the jump height and speed of the character were both much more than I first expected.  This was not exactly a problem however, as the rest of the game helped support these types of movement.  I think that the use of the high speed and jump height actually helped the game and was responsibly implemented.  The speed made it more difficult to land on the platforms, and the jump height corresponded with the distance between the platforms. 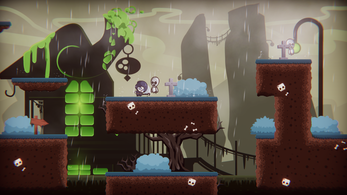 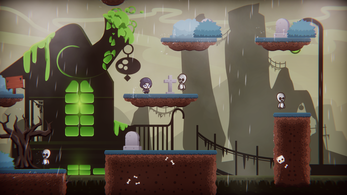 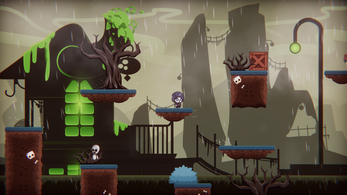